I would like to highlight a main difference between Anwar’s attempt of Sept 16 to form a new government and what’s going on in Perak. Anwar said that he had the numbers. He did not say that he ‘bought them’ for a price.

Anwar only gave a call but no money was offered. In this Perak case, a statutory declaration made by a PKR member strongly alleges that money ranging in the millions was offered to Pakatan YBs in order to entice them to crossover.

In this sense, money is the main difference here. I doubt PKR offered any sum of money to BN reps to join Pakatan, as they don’t have access to huge federal funds, unlike BN which has millions of ringgit as the federal government of the day.

What has happened in Perak is cowardice to say the least. The people’s mandate had not been given to BN to rule Perak, but to Pakatan.

I don’t blame the Sultan of Perak..or may be yes, but Najib and his cronies for enticing politicians from Pakatan to join them. This is most shameful and cowardly in that they used a bait of millions of ringgit to lure them.

Were there any monies offered by Pakatan to any BN rep before Sept 16 to join Pakatan and form a new federal government?

Of course, it is ethically wrong to hop from one party to another. But my point here is this, who has the stronger bargaining power when it comes to enticing YBs to crossover?

Certainly it is the one with the most funds and assets accumulated over the past 50 years and that is none other than the corrupt BN regime led by Najib. 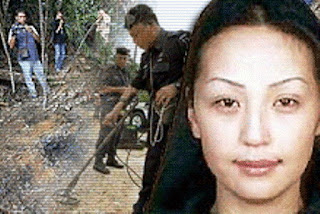