Throw stones at them, together we bring peace.

Gaza massacre and war crime by Isreal against children, woman and civilians have entered the 18th day. It is genocide as the world watches a binding UN resolution being violated by Isreal as it intensifies its war on Gzaa remain steadfast and defiant against isreali aggression for the liberation of all Palestinians. 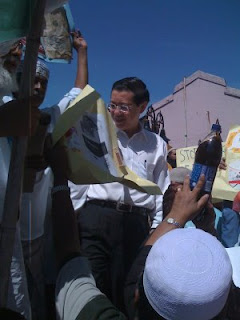 Government are pursuing diplomatic channels for a ceasefire on war on Gaza, Bloggers Network Malaysia and NGO's is using multiple strategies to end this cruel infliction on innocent children and civilians.
Last friday saw Penang protests against the Israeli war on Gaza. 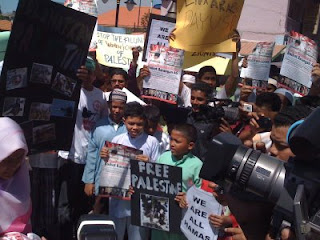 Malaysia has initiated a boycott of American Products. 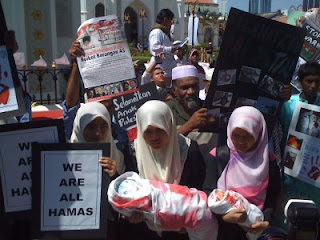 History is dotted with many stories of how consumer power can be used to bring social justice to victims of harmful political and corporate actions.

A consumer boycott of Israeli and American products is a non-violent tool to bring justice and peace for the Palestine.

Thats a LIST of brands found out to donate money to Israel Army to kill the Palestin citizen including old folks & childrens. We need to STOP BUYING from them in order to cripple the Israel & US Economy. It may seem like a small thing to do but it's a START.